The ultimate fitness guide for drummers

Sitting down in a chair isn’t always the best job in the world, it always depends on what your surroundings are. If you want to be a heavy metal band drummer though, don’t expect your life in a chair to be relaxing. Paying for the equipment, living with it, and not the mention keeping it clean, and tidy isn’t the job for everyone. It always takes passion and hard work to get into the groove of things. But of course, you have to keep in mind your own body’s health and fitness. People do not want a drummer who cannot keep up with the fast-paced energy of the crowd.

The energy cost of drumming

As with any passion, there is a budget to get the job done. This isn’t a small time hobby, it’s a way of life for you. It’s something you want to excel at and live for. From the heavy metal band to the flamboyant classic rock, you want to get your name out there. You want to make it big with the high-time music industry. Yet, to get started on something so competitive you need not the skill but the endurance. You want your drum set to look presentable on stage as well as easy to maneuver around. When your adrenaline is pumping and you are in their zone of focus entertaining a crowd. There have been many studies saying how much the physical cost is for the average drumming musician.

This first case study aimed to measure and investigate the energy cost of rock drumming in a prominent drummer, Clem Burke of the band Blondie. Clem was subjected to an intensive drumming session 6 hours before he actually performed in a concert. The drumming test consisted of four 4 minute stages, with an additional fifth stage that pushed the subject to exhaustion. The starting work rate was 110 bpm, rising 20 bpm per stage. The subject?s heart rate was recorded to be 191 bpm at the maximum. Reaching 200 bpm is a bad idea for the average, sedentary person, but the study demonstrated that rock drummers regularly approach this value with little consequence. After the test, the subject went on to perform in a concert. Here are the test results from the concert performance:

The data showed that rock drumming is intense, and more physically demanding than the general public realizes. Peak heart rate for the test subject was considerably higher than the age predicted maximum. The data recorded from the concert also revealed a higher energy expenditure rate than on previously published studies on seated drumming. The researchers conclude that rock drumming is a demanding form of physical activity, and that more people should look into it as a valid form of exercise.

The second case study was larger in scope than the first, therefore, it had two aims: The first was to quantify the energy cost and peak heart rate of drummers in live performance, and the second was to compare maximum oxygen uptake through an incremental drumming test.

The participants were 14 healthy semi-professional and professional drummers whose ages ranged from 19-35. The average age was 27. They were subjected to 2 laboratory tests, one was on drumming and one was on cycling. This was done in order to acquire the data needed to compare the two activities.

For the first test, the subjects were tasked to play a pattern with a tempo controlled by the researchers. The starting tempo was 110 bpm and was increased by 20 bpm every 4 minutes until the subjects reached the point of exhaustion. The subjects were then instructed to perform another four minute drum solo in an aggressive manner. These are the results of the test:

The second test was a traditional cycle ergometer ramp test. The test subjects cycled on a laboratory-grade stationary bike wherein they cycled to exhaustion. Here are the test results:

In addition, the researchers also tested peak heart rate of the subjects during concert performance, where they recorded it to be 186 bpm ? 16.

The researchers? findings indicate that the rate of energy expenditure of rock/pop drumming is greater than previously reported. They conclude that rock/pop drumming should be considered as a form of high-intensity exercise. The energy expenditure involved in drumming is significant. It induces a high heart rate, and requires high oxygen uptake. According to them, more research is needed for the potential of rock/pop drumming to be a viable alternative to traditional forms of physical activity and exercise. More research is also needed on the longevity of those regularly engaged in drumming.

So how can drummers stay fit ?

If a drummer does not stay fit then they run the serious risk of having a heart attack on stage and ruining their professional career. Anyone who wants to pursue this career choice would want to know how they can keep themselves from ending up in the hospital or an early death. It wouldn’t be the job for the faint of heart, or the fat and uneducated. There are very important guidelines that must adhered to.

You would want to avoid anything with a high concentration of HDL cholesterol, and saturated fats. Coffee would be the worst thing for you as it can speed up the heart, and consuming too much alcohol, though it would slow down the heart, might ruin your stage performance and concentration. Alcohol in moderation might not be a bad idea though.

Eating lots of fish and consuming Omega-3’s would upkeep the mind during the intense moments much better, and lots of water consumption would ensure the body is never overtaxed.

Eating red meat would be a luxury to you, and salad dressings like ranch would have to be avoided on your daily servings of vegetables. Also, carbohydrates would be essential as they would keep you energized to keep going during your concerts.

There are unique stretching exercises that you must perform to keep in top physical condition for your concerts and practice sessions. It is important to practice your posture sitting down, and perform neck and back exercising. The shoulders, neck, and lower back are always the first muscles to give out during intense drumming events. Having a proper stance in the chair, and correct positioning of the arms, as well as the feet and legs, is ideal.

There are very strict movements you must follow to be in peak physical form for your next gig. Neck movements and rolling your shoulders in various motions is recommended. Preventing yourself from arching your back is a must, and keeping your arms far out from your body allows you to maintain proper lumbar support. Counting to 10 and holding a position while breathing is one of the many stretching techniques that are useful to drummers

Usually, most people would consider sports to be the first thing to overtax the body and get a person injured. But there is a deceptive nature behind the art of drumming to the evolving musician. The music industry isn’t getting any easier to enter into. It only gets harder every year to make it big in the industry and forming a permanent career isn’t a solution that can be accomplished in a day. Being the normal person isn’t in the job description for a heavy metal band like yourself.
________________

Affiliate Disclosure: My site is a participant in the Amazon Services LLC Associates Program. As an Amazon Associate I earn from qualifying purchases. That means if you like any of the products I share with you enough to buy them, I earn a small commission at no extra costs to you.

Welcome To My Drum Blog

A table top drum kit is the perfect starter drum kit for kids. It gives them an introduction to drumming 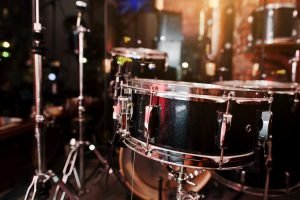 What are the Best Cymbals Packs Under £350. Many new drum kits don’t come with cymbals so you’re going to need 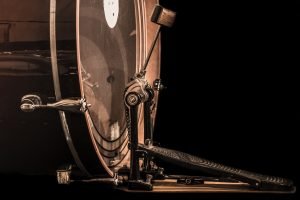 Put your drum sticks down and enjoy a cold drink out of your own drummers beer glass or stein !

T&Cs and Privacy Policy. We are ready to meet the new standards for data privacy introduced by the General Data Protection Regulation (GDPR). If you continue to use this site we will assume that you are happy with it.OkLegal Requirements